Showing posts from August, 2013
Show All

Not So Edible Jelly Bean Art On Exhibit 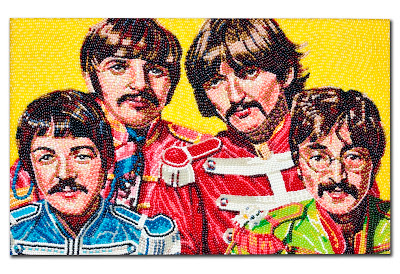 Portraits of the Queen, the Beatles and Marilyn Monroe each made entirely from thousands of jelly beans are to be put on display at Friars sweet shop in Keswick on August 10th for 6 days.
The pictures will form part of an exhibition of seven incredible pieces of Jelly Belly Art on loan from the private collection of Jelly Belly Candy Company which will be seen together for the first time ever in the UK and are expected to make an amazing impact.
Jelly Belly art was conceived in the 1980s when Pete Rocha, an American artist was inspired to make a portrait of President Ronald Reagan using Jelly Belly beans due the president's well known affinity for Jelly Belly beans.
It took  him over six months to create the mosaic. Britain now has its own Jelly Belly artist.   Malcolm West has perfected his skills to an astonishing degree and his portraits of Kate and Will and the Beatles are now world famous as is his Jelly Belly sculpture of the Royal Crown. These works too will be on…
Post a comment
Read more

The British Street Food Awards are nailing their colours to the mast and going all European for 2013. The massive party -- that has become an end-of-season institution since it was founded back in 2009 -- will showcase the very best street food talent from across the entire continent. On the weekend of September 28-29, along with a series of how-to seminars, music mash-ups and beer buckets, the public will get to sample all the finalists, and vote for their ultimate winner. At stake? Bragging rights - big time.
The Awards organisers have already had applications from Claus Meyer - the restaurateur behind Noma in Denmark, voted the World's Best Restaurant for three years running. He'll be hoping to lead the Nordic contingent. And Kristin Frederick from Le Camion Qui Fume, whose 'tres magnifique' burgers are smashing up the streets of Paris, is hoping to represent France. She'll want to book space on the car deck with De Oesterkar from the Netherlands and Keep On To…
Post a comment
Read more 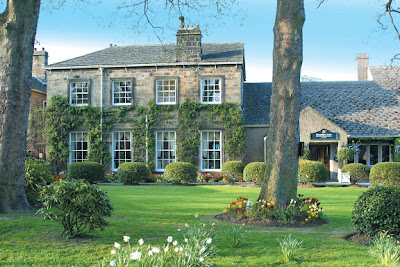 Devonshire Hotels & Restaurants are delighted to confirm the annual Devonshire Food Festival is back for 2013, with a whole range of dinners and demonstrations taking place from Monday 18th November - 24th November. Taking place at The Devonshire Arms Country House Hotel on The Bolton Abbey Estate, it promises to be a real foodie feast for all involved!
The week will include a variety of live chef demos, light-hearted lunches, afternoon teas, Michelin star dinners, and Chef vs. Chef Events - where two chefs compete against one another to win diners' votes.
Chefs confirmed for this year's culinary extravaganza include new Burlington Head Chef Adam Smith, who has joined Devonshire Hotels & Restaurants from The Ritz, local patisserie chef Thierry Dumouchel, owner of traditional French boulangerie, Dumouchel, in Yorkshire, Swinton Park 3 AA Rosette Award-winning Head Chef, Simon Crannage and 'Great British Menu' contestant and local chef, Stephanie Moon.
Lunches …
Post a comment
Read more 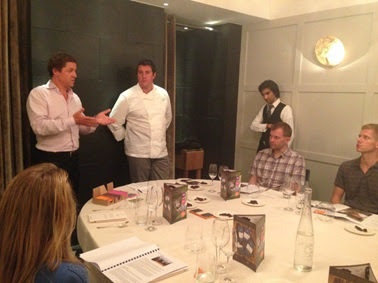 Original Beans, the eco-luxury conservation-led chocolate company founded on the simple idea "what we consume we must replenish" held a deliciously successful launch for its new Chef's Chocolate Buttons and Mini Bar Collection at Claude Bosi's 2 Michelin star restaurant Hibiscus last week.
Claude Bosi served up both his summer vegcentric tart: fresh pea and coconut confit in a chocolate pastry case and his superlative signature chocolate tart with an exquisite molten yet fluffy textured filling - both made with Original Beans Piura Porcelana 75% from Piura River Valley.
Says Bosi:"The taste of Original Beans chocolate is so distinctive: I like the unusual balance of acidity in its fruitiness which adds incredible intensity to chocolate dishes.  Their commitment to sustainability is impressive too. It's good to know that for every 2 kilo bag of chocolate I use, Original Beans replant 20 trees conserving both communities and nature."
Now home bakers …
Post a comment
Read more

The South Of England's Biggest Food Festival Returns This September

The Brighton & Hove Food and Drink Festival 'Autumn Harvest' returns from 5-15 September 2013 for its 13th year, with two epic weekends of local and international food and drink alongside a host of delicious masterclasses, tastings and dinners.


Over 80 local growers, producers and restaurants will showcase their produce at the Big Sussex Market in the heart of the city on 7-8 September, whilst both local and international cuisine can be found at the huge Sussex & The World Market, Live Food Show and Children's Food Festival on Brighton seafront on 14-15 September. Both these events are free-access for everyone to enjoy.
Across the week there's a wide choice of ticketed evening events included the International Chef Exchange dinner teaming up Rob Carr of Hotel du Vin Brighton with Pepijn Schmeink of Restaurant Eendracht in Rotterdam for a South Holland themed gala supper. There's plenty for lovers of great drinks, including the two day Brighton Beer & C…
Post a comment
Read more 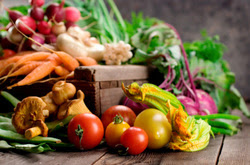 Friday 4th  – Sunday 6th October 2013
Now celebrating its fifth year, the Broadstairs Food Festival combines energy and enthusiasm for Kent produce with a passion for providing East Kent with a truly independent community festival.
Held annually in the picturesque seaside town, this is the highlight in East Kent’s food festival calendar, attracting between 40,000 and 50,000 plus visitors. The main action is a free entry 3-day Food Fair when the promenade and VictoriaGardens become home to over 100 food and drink stalls. There are artisan beers and ciders, Kent cheeses, organic and sourdough breads, stacks of preserves and chutneys and a host of hot food stalls.
Andy McLeish from the Michelin starred Chapter One restaurant, Locksbottom, will be headlining in the Kitchen Theatre on Friday 4th October.
Other demonstrators will include local chefs and students of EastKentCollege, prime sponsor to the Festival.
Festival favourite TV chef Dev Biswal from Margate's Michelin-listed Amb…
Post a comment
Read more 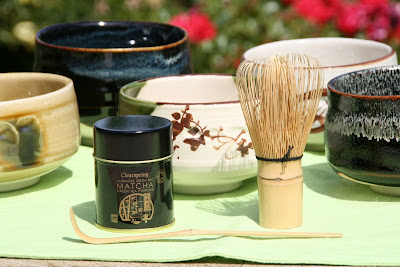 Clearspring, makers of authentic Japanese and Organic fine foods, has launched two delicious new organic Matcha green tea powders - Ceremonial Grade in a stylish black tin and Premium Grade in a resealable pouch.
Made from the highest quality shade grown Japanese tea leaves, Clearspring's organic Matcha is a delicious alternative to your average green tea. Made in the traditional Japanese style whisked with hot water, Matcha is a full-bodied vibrant green tea that is smooth and rich in taste.
Matcha is also packed full of essential vitamins and minerals; Christopher Dawson, CEO of Clearspring, says: "When consuming Matcha you are ingesting the whole tea leaf, as opposed to the brewed water, which means it provides everything that green tea delivers - with a much higher potency. In fact organic Matcha contains 130 times the antioxidants of regular green tea!"
Matcha is a finely milled green tea powder, used traditionally in Japanese tea ceremonies; it is the most prized …
Post a comment
Read more

To InfiniTEA And Beyond... 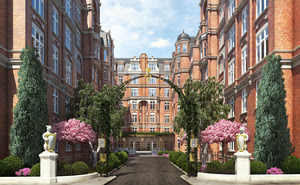 With Batman and Superman soon to appear on our screens - yes together, in the highly anticipated Man of Steel Sequel, the St Ermin's Hotel is calling all Super Kids to enjoy an afternoon tea fit for a Hero... saving the world can be a tough job, so this summer the 'InfiniTEA and Beyond' is back-especially for the little hero's of London. Bring your grown-ups too for a little R&R and the colourful deliciousness of a super afternoon tea.
Sandwiches come first, in blue, green and red varieties (cheese & ham, strawberry jam plus egg & cress), followed by a Superman double chocolate brownie, Kryptonite strips (homemade apple jelly), caped crusader Batman cupcake and Spiderman's carrot cake complete with web. Hydration is key, so as well as H2O, personalised 'super-power' juice cocktails are also available, in Freeze Power (bluey green), SuperVision (orange and red) or a Cloak of Invisibility (purple). Whilst brilliantly bright in colour and presente…
Post a comment
Read more 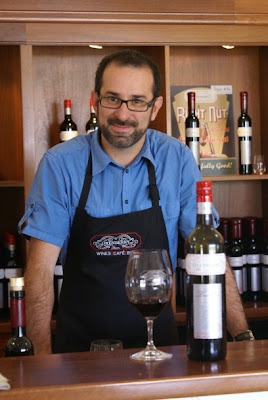 Le Cordon Bleu's innovative program of hospitality adventures continues with the release of the Industry scholarship for the 2014 Le Cordon Bleu Master of Gastronomic Tourism program (MGT).
In an effort to support professional development opportunities available for food, wine and travel writers, Le Cordon Bleu will award an annual tuition scholarship (valued at AUD$5000) to an outstanding industry professional to undertake two units from the Le Cordon Bleu Master of Gastronomic Tourism program.
Run in collaboration with Southern Cross University, this program is an exciting online postgraduate degree for "foodies" and industry professionals looking to expand their academic understanding of food and wine and culinary tourism.
Scholarship recipients are able to study this program from anywhere in the world, and can network with like-minded individuals while studying topics ranging from sustainability and food security to contemporary trends in cuisine and culinary arts; …
Post a comment
Read more
More posts