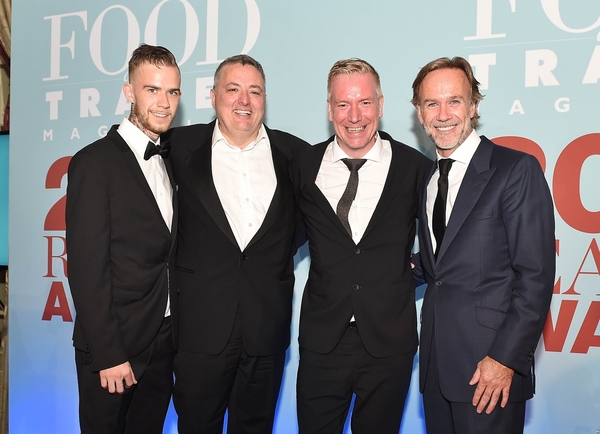 The winners in the prestigious 2016 Food and Travel Reader Awards are unveiled in the latest issue of the world's leading gastronomic tourism title, which goes on sale tomorrow. Readers of Food and Travel magazine voted in their thousands for the best in food, drink and travel, with the winners crowned a gala dinner at the Royal Automobile Club, Pall Mall, London.

Fera at Claridge's collected the award for Restaurant of the Year, with MD David Simms declaring: 'It's great because it's the readers who decide, and they're real people. They're the paying people who come into the restaurants.'

Bar of the Year, sponsored by Champagne Pommery, was scooped up by The Alchemist in Manchester. Champagne Pommery's UK director Sarah Hicks said: 'Sponsoring this event has really helped us expand our brand. We've had a great opportunity to showcase our champagne to restaurateurs, hoteliers, travel agents and tour operators. It's a global experience and that's an added bonus for us.'

The only award to not be voted on by readers is Breakthrough Chef of the Year. This year it went to Ben Murphy of The Woodford. He joins an illustrious list of previous winners such as Tomos Parry, James Lowe, Tom Sellers and Ollie Dabbous, who have all gone on to become leading figures in the industry.

Video highlights can be seen at bit.ly/FandTAwards2016

Chef of the Year Marcus Wareing

Breakthrough Chef of the Year Ben Murphy, The Woodford

Restaurant of the Year (London) Fera at Claridge's

Restaurant of the Year (Outside London) Wedgwood The Restaurant

Restaurant of the Year, overall winners Fera at Claridge's

Bar of the Year The Alchemist, Manchester

Book of the Year From Venice to Istanbul, Rick Stein

The call for next year's nominations from readers will appear in the April 2017 issue.