Müller to Start 2017 by Adding a Further 2.5ppl to Milk Price 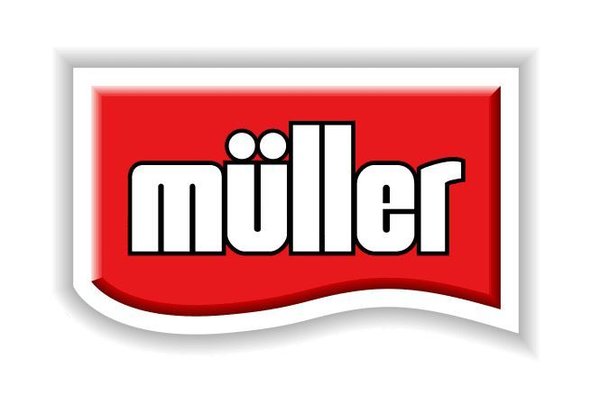 Müller will start the new year by adding a further 2.5ppl to the milk price it offers farmers, building on its 2ppl uplift which takes effect from 1 December. The move means Müller's farmers will have seen their headline milk price increase by an average of 7ppl in the four months since 1 October.

The actual price paid to Müller's farmers on non-aligned contracts for January is expected to be 26.54ppl. This includes a standard price of 25.44ppl plus the separate retailer supplement estimated to be 1.1ppl in January.

“We are delivering on our commitment to offer a competitive and stable milk price throughout the market cycle,” said Lyndsay Chapman, Agriculture Director at Müller Milk & Ingredients.

“We know that farmers place a high value on the security of a contract with a dairy company who is investing for the long term and not so directly linked to volatile commodity returns which can change rapidly, exposing them to high levels of downside risk.”

Müller is also concluding a country wide series of 16 meetings with farmer suppliers to gain feedback on future milk contract and farmer representation proposals. These events follow the acquisition of Dairy Crest's dairy operations and subsequent expansion of Müller's milk supply base.

“Our meetings have provided an excellent opportunity for us to engage with over 1,000 Müller farmers. I would like to thank them for taking part in the debate around our proposed future milk contract and farmer representation,” said Lyndsay Chapman.

“We are bringing together two milk supply groups, each used to different representational models, whilst moving to a single milk contract which aims to better align the supply of milk with our demand in the future.”

“It's clear that in the past few years the whole dairy sector has suffered from supply and demand imbalance. Real damage has been caused to farmers and processors as a result of having to dispose of large volumes of excess milk at very low values when production surges, or conversely having to buy from third parties at high values when production falls.

“Going forward we want to keep as much value as possible within our own farmer/processor supply chain by developing a closer working relationship with farmers, and moving away from current industry thinking which tends to be short term and reactive.

“At our meetings we have heard a range of strong, considered and sometimes conflicting views on our contract proposals and these have varied regionally.

“We will now take time to review this feedback and will therefore put back the introduction of our new contract offer. We expect to send our farmers the final contract documents in January, with the option to sign up from February.

“We are however keen to progress our new representative structure as soon as possible, with the immediate focus being the election of the new MMG Farmer Forum representatives. We have been encouraged by the number of farmers who have expressed an interest in standing and will send out nomination forms shortly”.

“The board has worked hard to ensure that the company maintains its momentum in improving milk prices demonstrated by the December and January increases achieved. In this rapidly changing market, we will continue to robustly represent farmers supplying Müller, making a clear case for future milk prices and the need to re-build confidence at farm level.

“We are also encouraged that the company will now reflect on the views expressed by Müller farmers across the country on the milk contract. There is agreement that change is required and that old models should be reviewed to create the basis of a more sustainable industry. Again, we will work with Müller to ensure the views that have been expressed are considered and acted upon. ”

Based in Market Drayton, Müller Yogurt & Desserts is the UK's leading yogurt manufacturer, responsible for major brands such as Müller Corner, Müllerlight and Müller Rice. It also produces, at production facilities in Minsterley near Shrewsbury, chilled desserts under licence from Mondelez International. Müller Yogurt & Desserts also supplies the UK private label yogurt market from a state of the art yogurt facility in Telford, Shropshire.

Müller Milk & Ingredients aims to be the biggest and best fresh milk and ingredients business with a network of dairies and depots servicing customers throughout the country, producing skimmed, semi-skimmed, whole, flavoured milk and brands including FRijj. It also has the capacity to produce salted, unsalted and lactic butter each year for both the domestic and international markets, and operates the milk&more doorstep delivery service.

The acquisition of Dairy Crest's dairy operations in December 2015 marked a milestone in Unternehmensgruppe Theo Müller's global growth strategy and in particular its aspiration to place much more emphasis on end to end supply chain innovation, adding value to the UK dairy category.