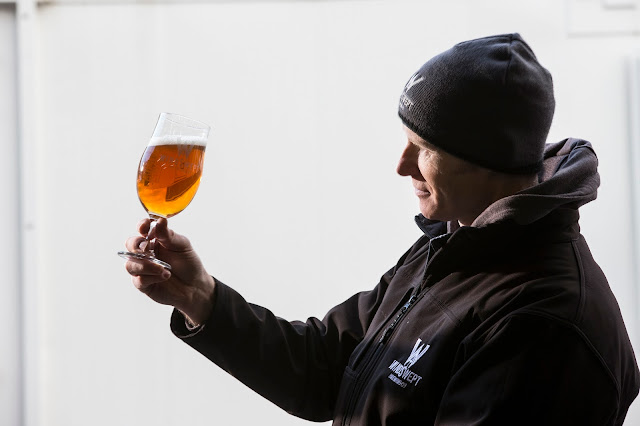 Windswept Brewing Company, the award-winning Lossiemouth microbrewery run by two former RAF pilots, has been selected by organisers of the Aberdeen Asset Management Scottish Open 2016 as the only craft beer to be featured at the golfing event next week.

Windswept was approached by organisers in May 2016 and will be selling four craft beers throughout the tournament. The Blonde and Wolf beers will be on draft, and single hop beers Typhoon and Tornado will be on offer in bottles, giving golfers and fans the chance to try out a range of flavours.

The microbrewery's presence at the Open is the most recent of many successes for the Lossiemouth company. In May 2015, Windswept was picked up by upmarket retailer Waitrose and a deal to supply the Co-op soon followed.

The brewery aims to double its annual production from 1500 to 3000 hectolitres and increase staff numbers from 12 to 17 within the next two years. Showcasing its award-winning ales at national events like the Scottish Open helps raise the company's profile in Scotland and internationally.

Next week the Windswept team will be loading 1300 pints worth of cask and bottled beer into its delivery truck and will be on standby to provide fresh supplies throughout the Open; the brewery is located only 40 minutes away from Castle Stuart Golf Links.

Nigel Tiddy, managing director of Windswept Brewing Company, said: “We're a really small brewery, so this is a fantastic opportunity for us to let golfers and fans from across Scotland in on the secret.

“We're an excellent match for the Scottish Open this year, as the golf courses across the north east of Scotland are undoubtedly windswept for most of the year.

“The Scottish Open's organising team's decision to source and supply a local, quality craft beer should be applauded.”

Peter Adams, director of international championships at the European Tour and the Scottish Open said: “The Scottish Open travels around Scotland every year and we always look for ways to work with local suppliers and producers; it makes sense to showcase the very best a region has to offer.

“Windswept's hand-crafted products are the epitome of the quality and inventiveness that the Scottish craft beer sector is known for. I'm sure our golfers and spectators will be interested in finding out more.”

“We were keen to offer our golfers and spectators the chance to experience Windswept's hand-crafted, high quality ales.

Since 2014, Windswept has secured investment of around £250,000 to support future growth. The brewery recently took its bottling operations in house, which has had a huge impact on its expansion potential.

Windswept Brewing Company's beers will be on sale at the Aberdeen Asset Management Scottish Open 2016, 6-10 July 2016, at Castle Stuart Golf Links, near Inverness.