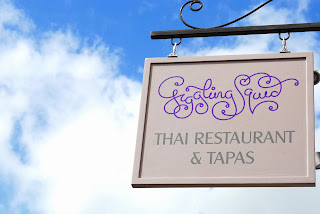 Giggling Squid, the Thai restaurant chain, is to open in Horsham, West Sussex for Valentine's Day - taking over the now closed Giraffe unit on East Street.﻿

On target to become the country’s first national Thai chain, Horsham will be Giggling Squid’s ninth outlet and its fourth in Sussex – adding to those in Hove, Brighton and Crawley.

In a prime pedestrianised location, the new 100-seater restaurant will be set over 2 floors.  East Street, known locally asa “Eat Street”, is already home to several major dining chains including Wagamama and Cote.

“There’s certain plenty of competition, which is a good thing,” said Giggling Squid owner Andy Laurillard, adding, “It shows there’s strong customer demand – but restaurateurs need to be really on top of their game if they are going to succeed in this environment.”

Located only 10 miles from the Crawley branch which opened 3 years ago, Laurillard was prompted to open in Horsham by the encouragement of high number of customers who travelled from the neighbouring town to taste Giggling Squid’s unique take on rustic Thai cooking and street food.  The company looked at four sites in Horsham before opting for the former Giraffe.

The Horsham opening will be preceded by one in Stratford-upon-Avon at the end October, Marlow for Christmas and followed by Maidstone at Easter.

The company expects to open between six and eight new sites in the fiscal year to April 2015, on its journey to become an 80-strong chain within 7 years.

The most recent launch, Reigate, which opened in July, has been turning away customers away, with queues forming even during midweek.