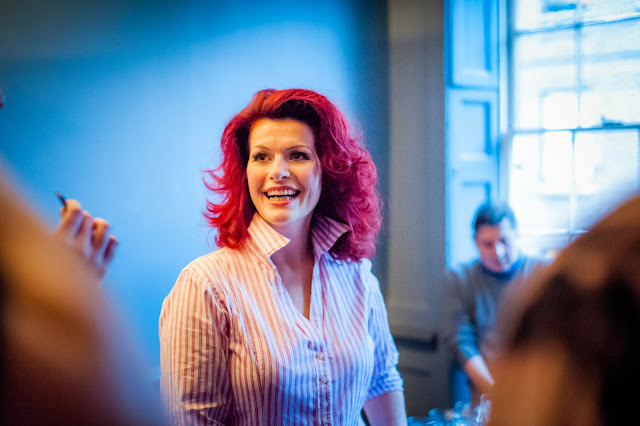 Paul a Young has an exciting week of events planned for this year's Chocolate Week, with new collaborations, creations and experiential events.

Made from 62% Madagascan Menakao chocolate, the ganache is created with plum tomatoes, basil leaves, olive oil and sea salt - all the same ingredients as Pizza Pilgrims use - and coated in chocolate and then crumbs made from Pizza Pilgrims renowned Neapolitan pizza bases. The Pizza Pilgrims Margherita truffle will be available from all three Paul a Young stores and to everyone who purchases a margherita at the Pizza Pilgrims pizzeria during Chocolate Week. 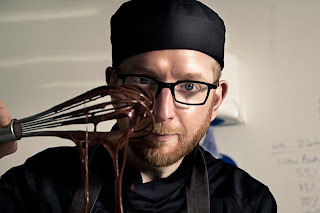 In what promises to be the most entertaining and sensory stimulating evening of Chocolate Week 2013, Aqua Riva tequila queen Cleo Rocos will join Paul to bring fine tequila and fine chocolate together at the glamorous Central & Co on 16 October. Guests will enjoy an Aqua Riva aperitif, a cocoa bean infused tequila along with the launch of the new Guavarita truffle, a chocolate inspired by Cleo's cocktail recipe for a Guavua and Tequila Margarita.

Following the success of his School of Grub event in June at Paradise By Way of Kensal Green, Paul will be returning to the characterful venue to host an evening of chocolate. Join Paul on 15 October to taste some of his most creative products, roasted cocoa beans, the new Marmite brownie, experience a bourbon and chocolate pairing, and his multi award-winning sea salted caramel.

Chocolate Week is all about encouraging more people to understand and appreciate fine chocolate and there's no better way to do that than rolling up your sleeves and getting a bit messy, which is why Paul will be hosting a free truffle-rolling demo in the concourse of the grand Royal Exchange on 16 October. Classes will run every hour from 11am to 2pm and last for around 30 minutes.

Paul will also be appearing at Salon du Chocolat London, which takes place at Olympia on 18-20 October.