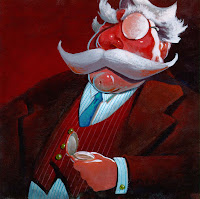 Whisky is the king of all spirits. But as a king there are many pretenders to the throne .Like all good family disputes that go back years it depends on your name . Whisky is Scottish and stands for scotch whisky . Whiskey is from another part of the world. And with that you have many different houses all looking to what they are and calming that they are the true heir to the thrown . But the real king has to be scotch malt whisky . Yes out of them all you have to say that the scotch malt is the best and the clam out of them all . Who first came up with the drink I think is a Scottish invention . The truth is that you would have to go a long way to prove that it was not .It is said that the malts from the Glenlivet are the best of them all . I do not know as if this is the case but they are pretty fine to me.

The thing is that Whiskey is made in a few country no from Ireland Japan America and Canada . Each has its own particular style and are unique to that place. The malts of Scotland are as varied and mixed as any drink you could get . You have your highland malts , Islay, Jura and mull malts from the islands. Lowland malts and Campbeltown malts . All made from malted barley and nothing else . That is a malt whisky. Each area having a different style as well. Lowland malt is gentle and sweet, Islay are pungent and very recognizable and highland are the soft and smokiest of them all . Then you have your blended whisky that is made by using a cheaper whiskey and some time a malt that is blended together to make that particular brand. A blended whisky is like the pore cousin that every one likes but you know will never be king as they are not the right sort . Not that any thing is wrong with them they just are not the pure and perfect malt . But they are the market leaders and are the choice of the people in being drank the most . Also the fact that you can produce them cheaper so they are not such a premium product .

Then you have Irish Whiskey with a E in the name . Here you have a softer and just as complex bunch of drinks but not as famous as the Scottish ones . In fact it is a shame that the most that the Irish whiskey ever seem to be drank is in a coffee when it should be out on its own and appreciated for what it is . Once Irish whiskey was more popular than Scottish whisky but with the development of blended scotch it soon was super seeded .

Then the pretender from over seas . American Whiskey is something different all together . It should be placed apart from the others and put up as a different type of drink but it is classed as a whiskey . That is Bourbon . Now when you think of American whiskey you think bourbon but there are two kind of American whiskey that is bourbon and Tennessee sour mash whiskey.

Bourbon is made with corn as well as well as malted barley. And the barrels have been charred on the inside to give a rich and intense flavour like no other . The Tennessee mash is charcoal filters threw grate mounds of sugar maple charcoal slowly to give it is distinct flavour.

American Whiskey is just as complex in the flavour range but some how you know that the king still id the Scottish malt and always will be .

Canadian whiskey is made from blends of different grains combining of rye corn and malted barley . They tend to be on the light side of the classic whiskey drinks.

Japan has only been making whiskey for only a short time compared to the other country's . The first distillery was established in 1923 . But is has like most things the Japanese do incorporated the very best of whiskey production and mad it there own .Modelling on the Scottish signal malt . Once looked on as a bit of a jock but in fact a very serous drink after all .