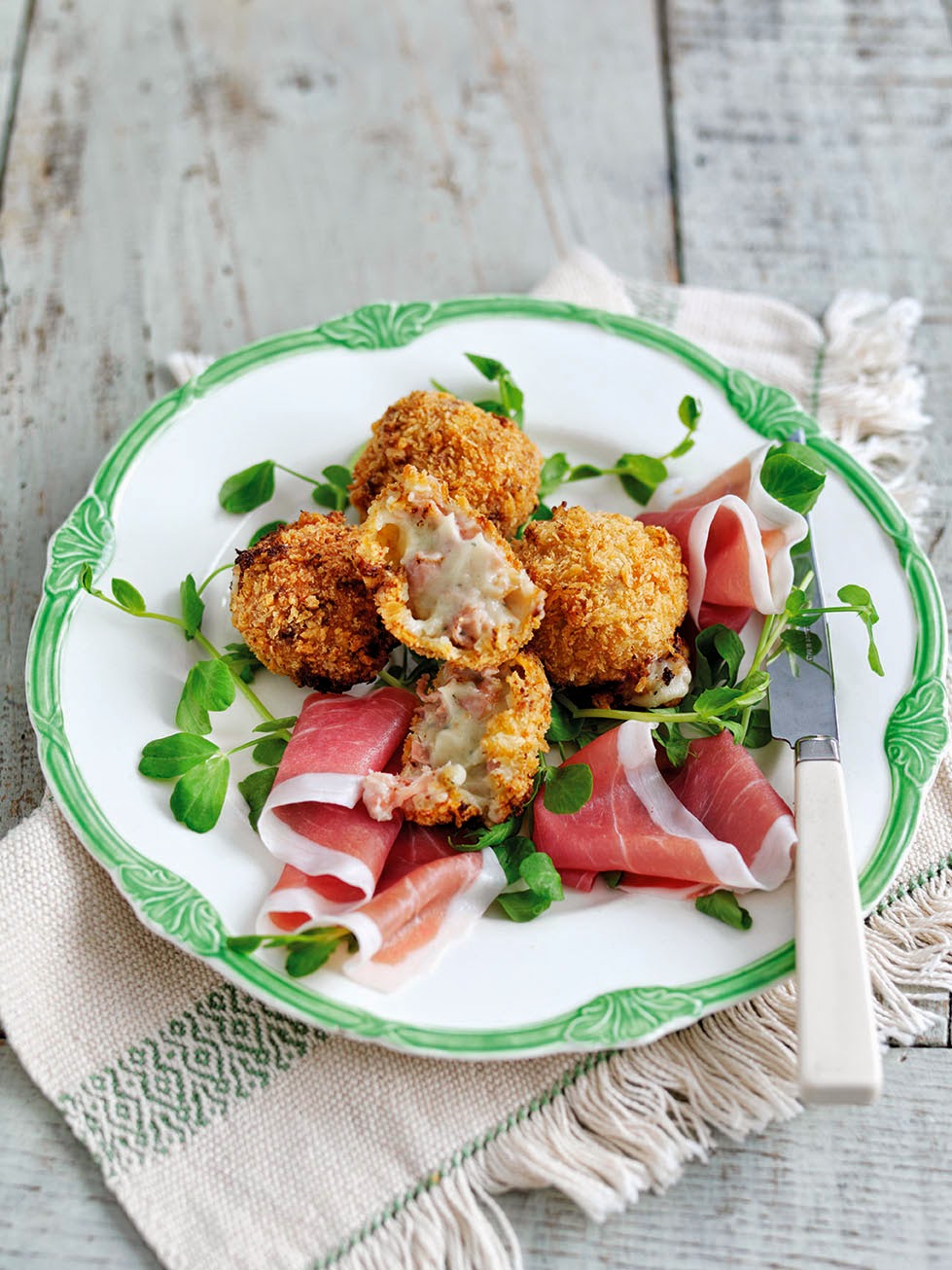 These canapé croquettes are beautifully crisp on the outside and packed with flavour on the inside, easy to prepare and the perfect way to impress your guests!

Mix melted butter, flour and milk in a saucepan and whisk continuously to form a thick sauce. Stir through Stilton cheese, Parma Ham, seasoning and leave to refrigerate. Shape the mixture into small balls and coat in flour, beaten egg and breadcrumbs.

Fry the croquettes until golden brown and serve immediately.

Parma Ham is a Protected Designation of Origin (PDO) product and is 100% natural. The drying process that Parma Ham goes through creates a ham that is very low in fat content, with many mineral salts, vitamins, antioxidants and easily digestible proteins. This means that Parma Ham is truly a food for everyone.

Prosciutto di Parma is produced in the hills surrounding the Italian town of Parma.

The unique taste of Parma Ham is dependent on the traditional production process passed down from Roman times, carefully controlled by the Consorzio del Prosciutto di Parma.  Only hams that have passed stringent curing regulations approved by the EU can be awarded the stamp of the Ducal crown – a five pointed coronet logo with PARMA in the centre which is branded onto the ham’s skin.  The Ducal Crown is now a certification trademark.

Melt the butter in a large, heavy-based saucepan, whisk in 70g flour for 2-3 minutes to give a thick and smooth consistency
Slowly pour in the milk and whisk continuously to form a thick sauce
Stir in the Stilton and remove from the heat. Stir through the Parma Ham, season to taste and leave to cool. Refrigerate for at least 30 minutes
When you are ready to cook, shape the mixture into small balls then roll first in a bowl of flour, then beaten egg and finally breadcrumbs. Return to the fridge and repeat until the mixture is used up
Heat a large saucepan ¾ full of oil and fry the croquettes over a medium heat for 2-3 minutes until golden brown. Drain on kitchen paper and serve immediately﻿﻿