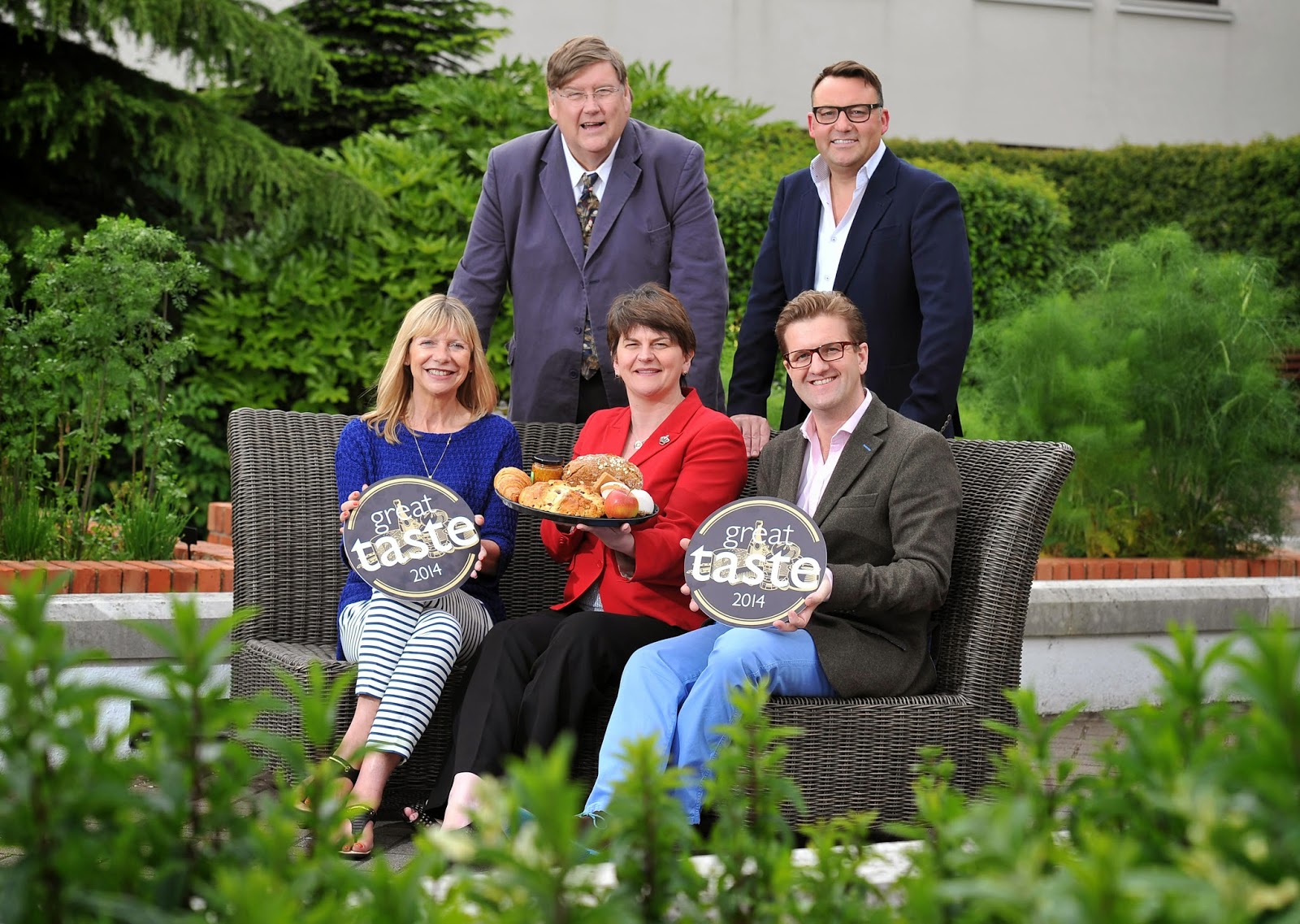 Some of the UK’s top food experts gathered in Belfast to judge Great Taste, the world’s largest and most respected food and drink awards, for three days on June 3, 4 and 5. Organiser, the Guild of Fine Food, has said that early indications are that more stars than ever before have been awarded to food and drink from the island of Ireland however the results will remain a tightly guarded secret until they are released in August.

The event, made possible by support from Invest Northern Ireland, also included journalists’ visits to breweries, producers and restaurants, in and around Belfast.

Judges were welcomed to Belfast at a reception and dinner hosted by Arlene Foster, MLA Minister of Enterprise, Trade & Investment who said; “I am delighted that the UK Guild of Fine Food has brought the judging of this year’s Awards to Northern Ireland and invited many of the UK’s leading food writers and stylists, as well as key buyers from major retailers such as Harrods to take part.”
For the three days of judging, highly respected food experts including Charles Campion (acclaimed food critic and judge), Nigel Barden (of BBC Radio 2 Foodie Thursday), Xanthe Clay (The Telegraph) and Jane Curran (Woman & Home) joined influential buyers from Harrods, Selfridges and renowned London cheese emporium Paxton & Whitfield.

Also amongst the judges was Head Chef of Belfast’s Shu Restaurant Brian McCann, who had this to say: “Even though I am exposed to some of the finest artisanal food products that Northern Ireland has to offer on a daily basis, I was still completely overwhelmed by the quality of produce that I had the pleasure of judging over the past few days. The passion to create exceptional food is alive and well in NI and it was an honour for me to help and be part of a robust and utterly fair judging process.”

“This is a record-breaking year for Great Taste with 10,000 entries.  Northern Ireland producers have entered a record 716 products from 125 companies and we are thrilled that, with the help and support of Invest Northern Ireland, we have had such a successful judging event,” explained John Farrand, MD of The Guild of Fine Food, organisers of Great Taste. “What better barometer could there be on the state of food and drink here than if I tell you that in 2004 we didn’t have a single three star product from Northern Ireland and last year we had 13.  It’s looking like it could be even more this year.”

Since 1994 Great Taste has been organised by the Guild of Fine Food, and over 80,000 products have been judged by hundreds of food experts. Over the last 20 years, Great Taste has discovered and celebrated the very best fine food and drink.  Chefs, buyers, fine food retailers, restaurateurs, food critics and writers, blind-taste and provide valuable feedback to producers who covet the gold and black Great Taste logo which is increasingly recognised by consumers as a sign of excellence.

The announcement of the Supreme Champion 2014, sponsored by Harrods, will be made on the 8th September.