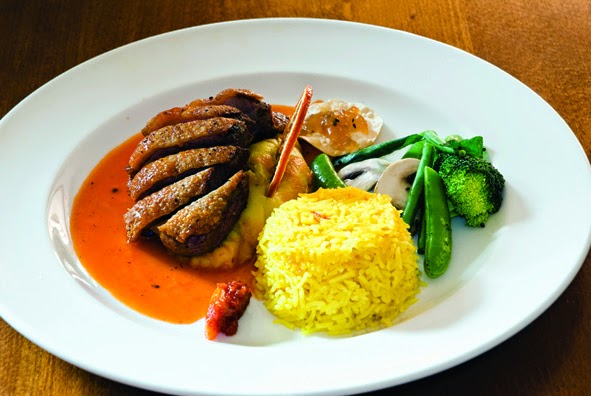 The Ambrette restaurant in Margate has reached the finals of Restaurant magazine’s National Restaurant Awards.

The winner will be revealed at a glittering awards ceremony at London’s prestigious Hurlingham Club on 30th June.

Chef patron Dev Biswal’s Ambrette restaurant will feature alongside the country’s top chefs and is to go head-to-head with Heston Blumenthal’s internationally acclaimed ‘Fat Duck at Bray’, holder of 3 Michelin stars, in the Diners’ Choice ‘Fit For Foodies’ category.

The winners will be announced at a glitter award ceremony at the prestigious Hurlingham Club in London on 30th June.

“I’m stunned to be ranked alongside one of the world’s great chefs – it’s a great achievement and will help put Margate firmly on the culinary map,” said Biswal, who added, “In footballing terms, it’s the culinary equivalent of Liechtenstein playing Brazil in a World Cup semi final.”

The Ambrette will compete in the Diners’ Choice ‘Fit for Foodies Category’, sponsored by the OpenTable online reservations company, which seats more than 15 million diners a month worldwide.  The ten-strong shortlist was determined by more than 325,000 reviews submitted between 1st May 2013 and 30th April 2014.

Because all OpenTable reviews are verified and can only be submitted by people who have booked, dined and paid for a meal, plus the sheer quantity involved, vote rigging is virtually impossible and the ratings are widely respected within the industry.

As OpenTable users tend to be regular and knowledgeable restaurant-goers, their view are regarded by many restaurateurs as a true bench mark.

Dev Biswal will open his third restaurant, The Ambrette @ Canterbury, adding to those in Margate and Rye, on Monday 21st July.