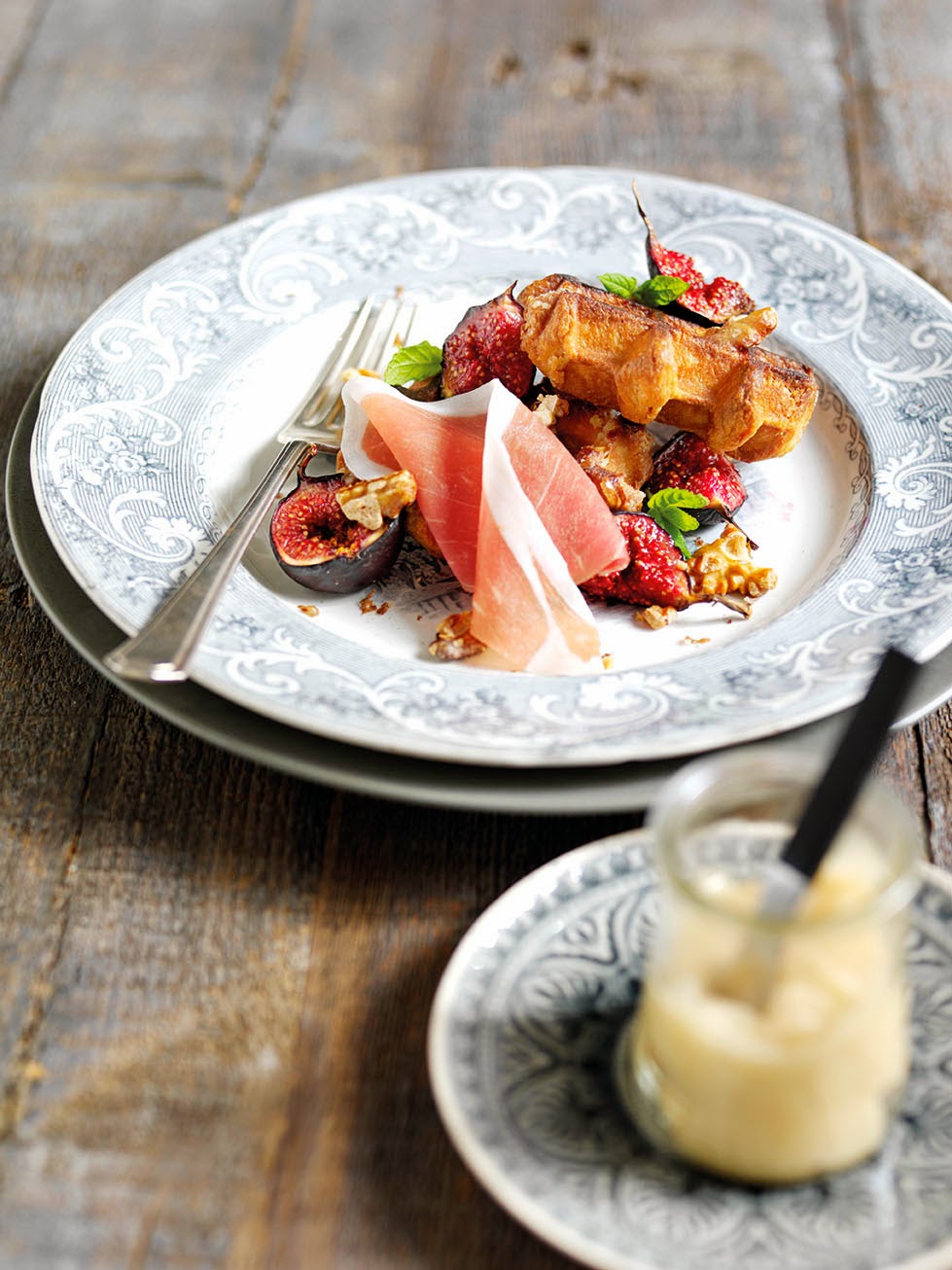 Impress your friends this weekend with these delightful Parma Ham breakfast waffles.

Simply sprinkle sliced figs with Demerara sugar and roast until they start to caramelise.  Toast waffles and arrange on serving plates with walnuts and figs.

To serve, top the waffles with slices of Parma Ham and drizzle with honey.

Parma Ham is a Protected Designation of Origin (PDO) product and is 100% natural. The drying process that Parma Ham goes through creates a ham that is very low in fat content, with many mineral salts, vitamins, antioxidants and easily digestible proteins. This means that Parma Ham is truly a food for everyone.

Prosciutto di Parma is produced in the hills surrounding the Italian town of Parma.

The unique taste of Parma Ham is dependent on the traditional production process passed down from Roman times, carefully controlled by the Consorzio del Prosciutto di Parma.  Only hams that have passed stringent curing regulations approved by the EU can be awarded the stamp of the Ducal crown – a five pointed coronet logo with PARMA in the centre which is branded onto the ham’s skin.  The Ducal Crown is now a certification trademark.

If you would like to receive more recipes for Parma Ham, please email: parmaham@dialogueagency.com.

Serves 2
3 figs, halved and quartered
½ tbsp Demerara sugar
4 waffles
4 slices Parma Ham
Mint sprigs (optional)
2 tbsp walnuts, toasted and crushed
2 tbsp set honey
Preheat the oven to 200oC
Lay the figs on a baking tray and sprinkle over a little sugar. Roast in the oven for 5-8 minutes until softened and beginning to caramelise
Meanwhile toast the waffles and keep warm
Divide and arrange the waffles, walnuts and figs between two serving plates and top with Parma Ham before serving with honey