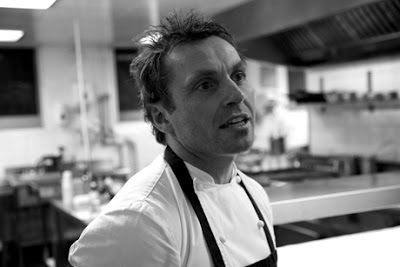 Michelin Star chef from Danesfield House Hotel & Spa, Adam Simmonds, is
about to make his debut appearance on the BBC’s Great British Menu 2013.

Simmonds, Executive Chef at Danesfield House Hotel and Spa, Marlow
Buckinghamshire will soon be seen battling it out against the culinary
forces of Tom Aikens and Matt Gillan on our TV screens, as part of this
year’s Great British Menu.

The eighth series of the BBC’s prime time culinary competition kicks off
with Adam’s heat on Monday January 28th and can be seen on BBC 2 at 7.30 pm.

Adam was one of only three chefs selected to represent the whole of London
and the South East this year, mentored throughout the competition by former
Great British Menu winner, Richard Corrigan.

This year The Great British Menu has been timed to coincide with the BBC’s
Comic Relief nationwide fundraising campaign and a well-known comedian will
be joining the regular judging panel of famous food experts, Matthew Fort,
Oliver Peyton and Prue Leith for each hotly contended heat.

The seven regional winners will compete in the final for their chance to
cook at the Great British Menu Comic Relief Banquet at the Royal Albert
Hall.

Speaking of his experience on the show, Adam says: “To say it’s been a bit
different to my day job would be an understatement! When you’re involved in
a TV programme as big as this, you have your head down at all times and you
get pulled left, right and centre.

‘It was only when I finished filming that I realised what I’d been through
and what I’d managed to achieve. The experience of competing in The Great
British menu has been priceless.

‘It was fantastic to be chosen for the show and to be up against two such
great chefs.  I feel very honored.’